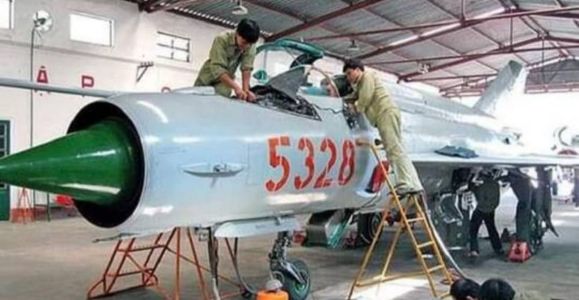 The "Viet Defense" website, which specializes in military affairs, revealed that Vietnam is working on converting its "MI-21" aircraft, which it took out of service, into combat drones.

The source pointed out that converting this type of Soviet fighters into drones is not an easy matter, noting at the same time that research in Vietnam is already underway to achieve this goal, and Vietnamese experts have succeeded so far in the work related to the self-correct landing of the future plane.

And the site believed that converting "MiG-21" into a drone could bring great benefits to the Vietnamese Air Force, as it could be used, for example, as targets for the Vietnamese air defense systems, "S-300", or used as aircraft missiles.

It is noteworthy that the "MiG-21" is a Soviet third-generation supersonic fighter, which was developed in the second half of the fifties of the last century.

This model of fighters has been used in many conflicts, and today it is considered one of the most supersonic aircraft that was produced and spread on a large scale, as more than 11 thousand aircraft were manufactured in the Soviet Union with various modifications, not to mention the other large numbers that were produced in China.

It is noteworthy that the media reported earlier that Azerbaijan began converting the old "An-2" aircraft into combat drones.

We have 138 guests and no members online