Russia ... preparations for launching a new submarine for the Pacific Fleet armed with "Kalibr" missiles 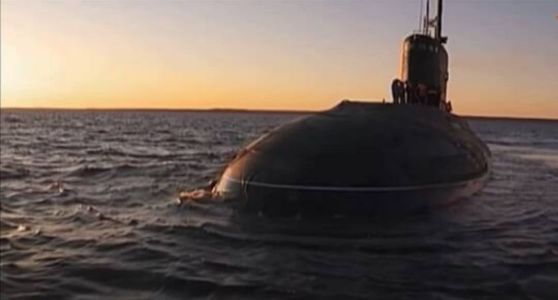 The Russian "Admiralty Shipyards", a Russian shipbuilding corporation, is preparing to launch the new "Magadan" submarine, which will be used in the Russian Pacific Fleet, according to the Defense Ministry.

At the conclusion of a meeting held by the Commander-in-Chief of the Russian Navy, Nikolai Yevminov, today, Sunday, the Information Office of the Ministry stated that the "Magadan" submarine is the third in the series of diesel-electric submarines of Project 636.3, which is being built for the Pacific Fleet.

It is noteworthy that the submarines of this project are armed with long-range "Caliber" winged missiles, which were previously used by the submarines of the Russian Black Sea Fleet when launched from the waters of the Mediterranean Sea on sites of extremist militants in Syria.

We have 86 guests and no members online