The mysterious death of an American election monitor in Ethiopia... And the authorities are investigating. 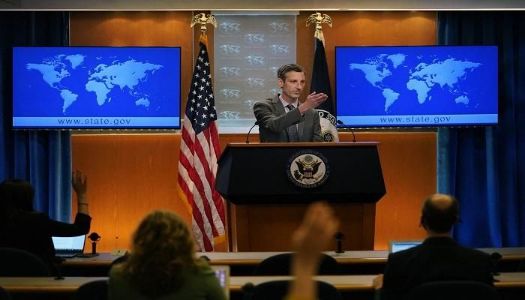 U.S. State Department spokesman Ned Price, during a periodic press conference about reports that an American election monitor was found dead in a hotel room in the Ethiopian capital, confirmed the mysterious death of an American citizen in Addis Ababa, Ethiopia's capital, later today.

The speaker responded to the press: "Unfortunately, we can confirm the death of an American citizen in Addis Ababa. Out of respect for family privacy, we can't offer anything else right now. "

For its part, the Ethiopian news agency Ina reported that the police were investigating the cause of death of a foreign electoral observer, who was reportedly found dead in his room at the Radisson Blue Hotel.

The Director of the Addis Ababa Police Commission, Commander Vasika Fanta, said that a cleaning worker found him dead when she entered the room and informed the police. The late John Marsh came to the sixth Ethiopian general election representing the Carter Center.

Besides, Vasika pointed out that medications of different kinds were found and the cause appeared to be natural death, adding that "no wounds or bruises were found in any part of his body."

The police found the observer (American citizenship) on the ground and in his pocket an accreditation badge issued by the Ethiopian National Electoral Council for observers, identification cards and driver's license.

The driver's license appears to be issued by the California National Driver's License Authority, according to the Ethiopian Metropolitan Police. The Metropolitan Police are investigating the cause of death of an American citizen in collaboration with the federal police and the U.S. Embassy.

We have 219 guests and no members online