Daily infections in Japan exceed 3000 cases for the first time 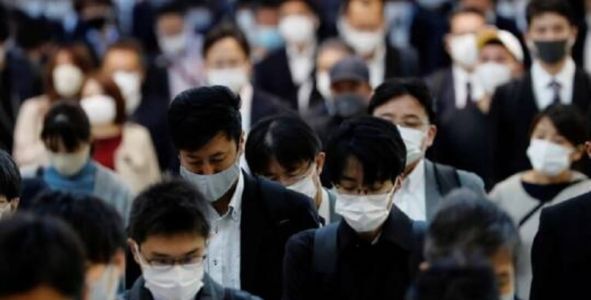 On Saturday, Japanese official media reported that the daily infection with the Coronavirus in the country exceeded 3,000 for the first time.

The official Radio and Television Corporation stated that Japan recorded more than 3000 new infections with the new Corona virus for the first time in one day, while the number of cases continued to rise in the winter season, explaining that the total number of new infections reached 3,041.

Tokyo, the capital of Japan and the largest city in the country, announced 621 new cases today.

While Japan was far from the massive outbreak in the United States and parts of Europe, the infection worsened with the onset of winter, especially in areas such as the northern island of Hokkaido.

So far, about 2,588 people have died in Japan due to the Corona virus.

We have 101 guests and no members online