Putin calls on the government to lower prices: "This situation is not a joke" 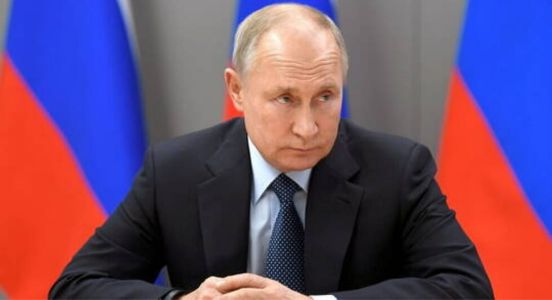 Russian President Vladimir Putin criticized the government's work in light of the prevailing economic situation, such as high prices for consumer goods, declining incomes and high unemployment rates, saying, "This situation is not a joke."

Putin said during his meeting with members of the government, today, Saturday, via the video feature: "Real disposable income decreased by 3 and by 4.3%, while sugar prices rose by more than 71%, people began to austerity because they do not have money to buy basic food .. What are you waiting for and what are you. It has actors (for members of the government), that is the question! This situation is not a joke. "

The president added, "We understand that under these circumstances the purchasing power of the population is declining, and we are constantly talking about this," noting that in such circumstances in which unemployment increases, incomes decline, and basic products become more expensive, radical matters must be sought. To solve.

Putin called on the cabinet to solve the issue of food prices starting next week, instructing members of the government to take and work whatever it takes throughout the week. Citizens' living.