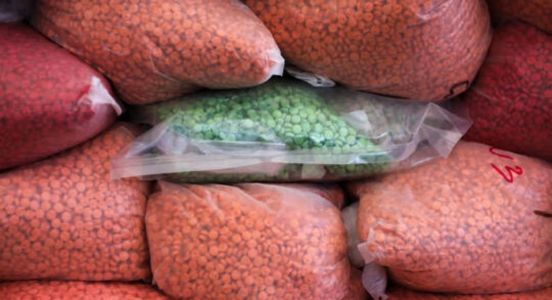 The Malaysian Maritime Agency announced today, Sunday, that it has seized more than two tons of the narcotic crystal methamphetamine, worth $ 26.2 million, from a boat off the west coast of the country.

"The operation took place on Wednesday, when a patrol of the agency encountered a boat moving suspiciously off the coast of Penang Island," said the director general of the Malaysian Maritime Agency, Muhammad Zubil Matt Som.

After the man who was on the boat alone, a 26-year-old Malaysian, refused to comply with the stop order, the boat was chased and stopped.

And Mohamed Zobel pointed out that "the young man tried to escape by jumping into the water, but was arrested after that."

Malaysia has succeeded in seizing several massive quantities of this narcotic in recent years, as the authorities explained that the current shipment was part of a smuggling operation valued at billions of dollars, and includes Australia, Southeast Asia and China.

We have 232 guests and no members online