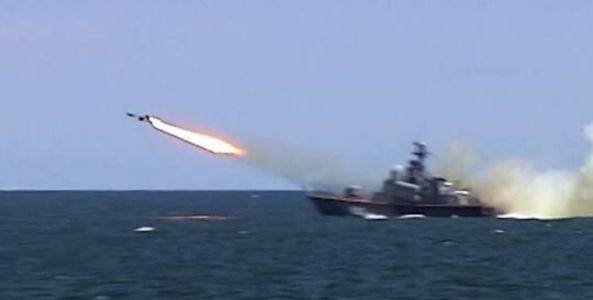 The modern "Corvette" frigate "Aldar Zedingabov", assigned to the Pacific Fleet, managed to hit a high-speed air target with its artillery during the scheduled tests.

The press office of the Pacific Fleet said: "The government tests that the Aldar Zedengabov corvette is subject to in the Sea of ​​Japan, after which it will enter combat service in the Russian Pacific Fleet."

During the test, this warship, with an A-190 multi-function artillery battery of 100 mm caliber, destroyed a high-speed air target - a "Malachite" winged missile that had been launched towards it from a small missile-carrying ship.

And before that, as part of the tests, the frigate was able to destroy sea targets and mines with its artillery. The ship also successfully used the onboard electronic jamming set.

And it was also successfully launched, a winged missile "Oran" anti-ship, against a marine target.

This frigate, designed for operations in the nearby maritime zone, combating enemy surface ships and submarines, and providing artillery support to the Naval Landing Forces.

The vessel is 104.5 meters long, 13 meters wide, has a total water displacement of 2.2 thousand tons, and its speed reaches 27 knots.

We have 471 guests and no members online