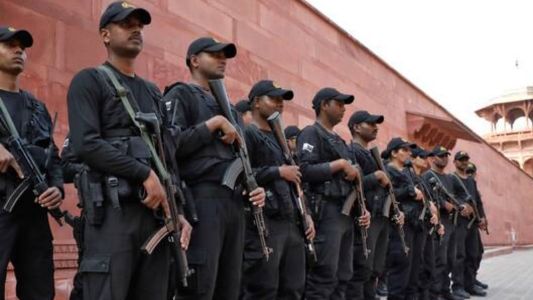 The Indian police announced, on Sunday, that it thwarted an attack on one of the temples of Mendher district in Poonch by arresting two people, whom it described as terrorists, one of whom admitted during his interrogation that he was assigned to throw grenades inside him.

She added that the presumed terrorist’s phone included, to her assertion, a video recording of how grenades were used. The Indian police explained that the two detainees in this case belong to the organization known as: "J&K Ghaznavi Force", which is supported by Pakistan.

Ramesh Kumar Angaral, a police official in Poonch district, said: “At around 8 pm on Saturday, the two suspects, Mustafa Iqbal and Murtaza Iqbal, both sons of Muhammad Yassin, who lived in Kerry Gallhuta, Gorsai district, Poonch, were arrested by a group Special Operations, "adding to the" Hindustan Times "newspaper that the investigation with them revealed a" suspicious "contact with a person whose phone number is Pakistani.

According to him, the interrogation process ended with Mustafa Iqbal's confession that he was assigned to throw grenades at a Hindu temple in Ari in Mandahar.

We have 385 guests and no members online