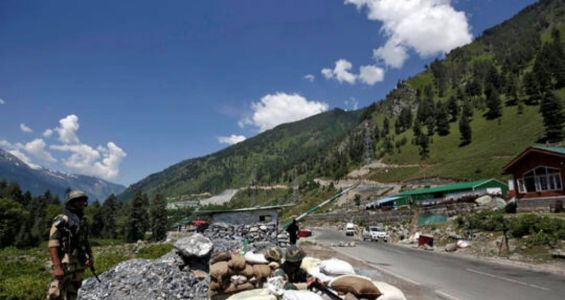 Indian Defense Minister Rajnath Singh said today, Wednesday, that "negotiations between India and China have not made any progress," noting that "there was no meaningful result."

The Indian minister indicated that the negotiations consisted of several rounds of diplomatic and military talks, with the aim of calming the border confrontation between the two nuclear neighbors.

"If the status quo continues, it is clear that the troop deployment on the border will not decrease," the Indian defense minister said.

He pointed out that the two sides are still exchanging messages about the situation on the borders, and that there is another round of military negotiations in the near future.

The Indian Defense Minister said, "We expect that some positive results can be achieved through negotiations."

It is noteworthy that tensions between the two countries escalated in June, after the forces clashed in a fist fight in the "Jaluan" valley of Baladakh, which borders the Tibetan-controlled plateau, and twenty Indian soldiers were killed, while China suffered an unknown number of casualties, prompting the two sides to The intensification of their military presence in the border area, and the transfer of men, weapons and supplies to the highland area.

India has placed about 50,000 soldiers in the disputed area, some of them at heights of more than 4,572 meters.

India and China share an unspecified border of about 3,800 km, as their forces previously adhered to long-standing protocols to avoid using any firearms on the border, but tensions have erupted since the Jalwan incident, and the two militaries accused each other of firing in the air in September.