The death toll from the Indonesia earthquake rises to 73 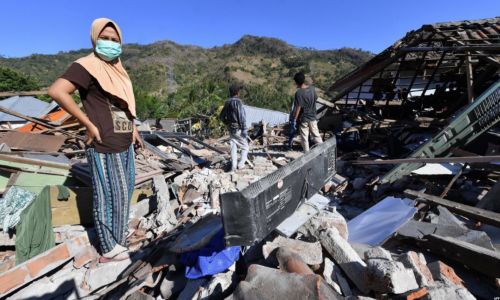 Indonesia’s National Disaster Agency announced today, Sunday, that the death toll from the earthquake in West Sulawesi province has risen to 73.

The quake measured 6.2 on the Richter scale, causing heavy human and material losses.

The spokesman pointed out that the emergency services in three hospitals are ready to receive earthquake victims.

An earthquake struck the western province of Sulayesi early Friday, with the epicenter located 6 kilometers northeast of Mageni, and at a depth of 10 kilometers.

We have 207 guests and no members online