Pakistan: The deaths of 4 soldiers in ambush by Afghan gunmen along the border 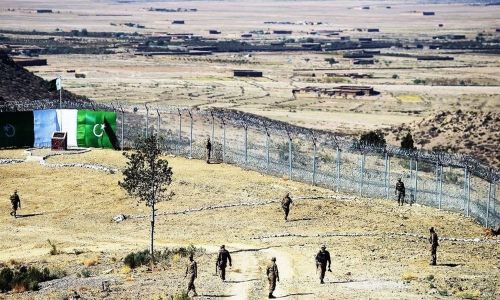 Pakistan Army declared: "Four Pakistani soldiers were killed and six injured along the Pakistani-Afghan border in an ambush by gunmen from Afghanistan while soldiers were carrying out controversial actions around border fencing.

In a press release, the army added: "The soldiers were working to establish a fence along the border in the Job region of the Balochistan province of Pakistan." Officials in Afghanistan did not immediately respond to a request for comment.

Pakistan stated: "It is building a fence along its 2500 kilometer (1500 miles) border with Afghanistan to secure the area, despite Kabul's protests that the barrier would divide families and friends along the Pashtuni tribal belt along the colonial-era Durand Line drawn by the British in 1893.

From time to time, security forces from both countries exchanged fire along the disputed border. In July 2020, at least 22 people were killed while crowds waited to enter Afghanistan from Pakistan at a border crossing, where Pakistani and Afghan soldiers exchanged fire.

In April, a car bomb explosion at a lavish hotel in Quetta, the capital of Balochistan province, killed four people, in an attack later adopted by the Pakistani Taliban. The Ambassador of China to Pakistan was staying at the hotel, but was not present during the attack.

We have 225 guests and no members online