With the Ahwaz uprising over the water crisis... Protests between Kurdish fighters and the Iranian Revolutionary Guard have escalated. 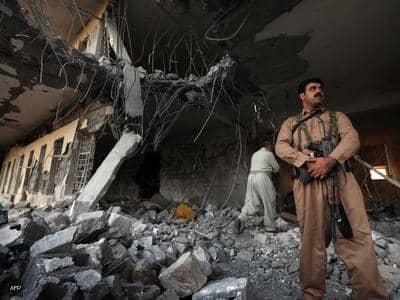 In parallel with the escalating protests in the Arab - intensive province of Ahwaz over the water crisis and what they call their "deliberate marginalization," Iran has witnessed armed clashes, the second in less than a month, between Kurdish fighters on the one hand and Iranian border guards and revolutionary guards on the other, in the western province of Kermanshah.

In statements by Kurdish leadership and partisans, these clashes come on the "horizon for regime reform" after Ibrahim Major's victory in the presidential election, scheduled for 5 August, according to the opposition website Iran International; This means increasing the hard - liners' grip on governance and "cracking down" on opponents, and weakening Kurdish hopes for "liberation" from what they called the "Iranian occupier."

The number of Kurds in Iran is estimated at 12 million out of a total population of 82 million.

In the province of Kermanshah, armed action escalated between the forces of the Free Life Party ("Bijak") and the Revolutionary Guard forces in "شرکان" on the Iran-Iraq border.

Kurdish sources reported that last Monday's artillery of the Revolutionary Guards bombed the heights of the village of Sharkan in Kermanshah's Nusud; That caused major damage to forest pastures and a fire.

We have 198 guests and no members online