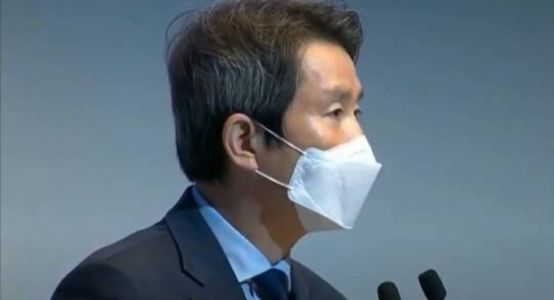 South Korean Unification Minister Lee In Young said Monday that a new change in inter-Korean relations will begin with the resumption of the joint liaison office between the two countries.

The minister spoke during a forum to discuss ways to normalize inter-Korean communication lines, which have been cut off since North Korea blew up the liaison office in the border town of Kaesong last June in protest against sending anti-Pyongyang leaflets from the South.

"A new change in inter-Korean relations will come first through the resumption of contacts through the South-North Liaison Office," Lee said at the forum. He added that "returning the lines of communication around the clock to the correct path will signal the beginning of the time for peace."

The two Koreas opened the liaison office in September 2018 as a follow-up to the summit agreement between South Korean President Moon Jae-in and North Korean leader Kim Jong Un to facilitate cross-border exchanges. And the work of the office was suspended since early this year amid fears of the Corona pandemic, before the North cut all lines of communication across the border when the contact office blew up.

The South Korean minister described Pyongyang's demolition of the office as "a very wrong act that openly betrays the hope and passion of our people for peace," calling for efforts to keep the destruction outside the "history of hostility" and rebuild it with "greater peace."

We have 154 guests and no members online