The Albanian Parliament votes for the removal of the President of the country... Identify Causes 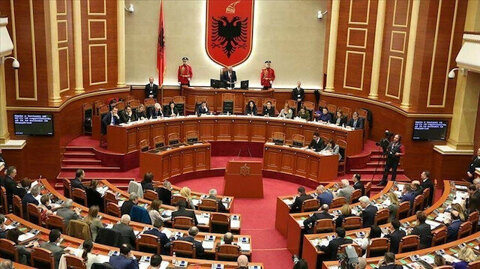 Against the backdrop of statements that the ruling party said called for violence and violated the Constitution, the Albanian parliament today voted to remove President Elier dead.

Some 104 of the 140 MPs voted in favour of removing the President more than a year before the end of his term.

It should be noted that this is the first time that Albania has witnessed such an event, since the introduction of a multiparty system in 1991.

The ruling of the Constitutional Court, whose approval is required for the formalization of the Parliament's decision, is expected within 3 months.

The Socialist Party, which was re - elected in April, accused the Albanian president of inciting violence by siding with opposition parties in claiming before parliamentary elections that they would be rigged.

One person was killed and four injured in a gun fight between supporters of the two largest parties (the Socialists, the Democrats), four days before the election.

For his part, Meta, the former leader of the small opposition socialist Movement for Integration, denied involvement in any irregularities and accused the socialists of orchestrating a political vendetta.

The President did not immediately comment following the vote but said earlier that he would not obey the Parliament's decision. The role of the President is highly symbolic, although he has some powers over the judiciary and the army.

Prime Minister Eddie Rama, who was a dead ally, said it was time for him to leave. He entered politics in 1999, when he was elected Prime Minister at the age of 30.

We have 180 guests and no members online