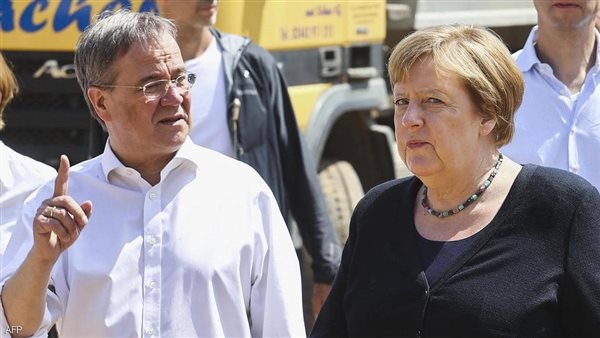 German Chancellor Angela Merkel, 24 hours before the German election began, called on voters to vote for her coalition candidate Armin Lachet to form the "Future of Germany."

Merkel warned German Chancellor and CDU candidate, Chancellor Armin Lachet, of instability in Germany after the federal election if they were excluded from the coalition.

Merkel accompanied her party's candidate to her Baltic constituency, as she was yesterday at the helm of a closing rally involving leading conservative figures in Munich, and called for the conservatives to be kept in power for the stability that has long characterized Germany.

The German Chancellor noted that "in order to keep Germany stable, Armin Lachet must become the Chancellor and the Alliance of Christian Democratic Union and Christian Social Union should be the greatest power."

We have 114 guests and no members online