The partial closure due to Corona comes into effect in Germany 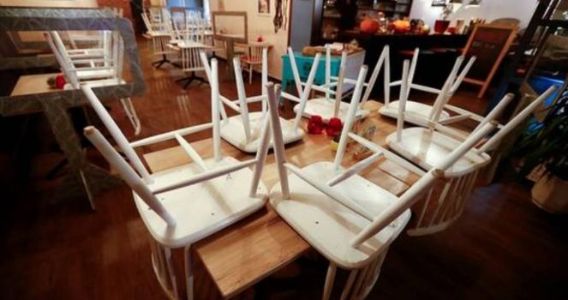 From Monday, Germany began implementing the partial lockdown measures announced by Chancellor Angela Merkel last week, with the aim of containing the outbreak of the Coronavirus, which will take an entire month.

The government's decision includes closing restaurants, cafes, bars, cinemas, theaters, museums, and other cultural and entertainment facilities, preventing hotels from receiving tourists, and confining them to receiving travelers for work only, while preventing gathering of more than 10 people.

Fans will also be banned from attending football matches in the German Bundesliga, and amateur sporting events will not be held, and gyms, swimming pools, beauty studios, massage parlors and tattoo studios will also be closed.

However, unlike the previous spring closure, schools and kindergartens will remain open, along with most stores (with a limit on the number of shoppers at one time) and barbershops.

Merkel had justified the imposition of these strict restrictions on the need to avoid a nationwide health emergency, in light of the escalating epidemic spread rates.

The data of the German Robert Koch Institute for Infectious Diseases today, Monday, showed that the number of new confirmed cases of corona in the country increased by 12097, to 545027 in total, with 49 new deaths recorded, bringing the total number of deaths to 10530.