Details of the weapons in the possession of the Vienna striker 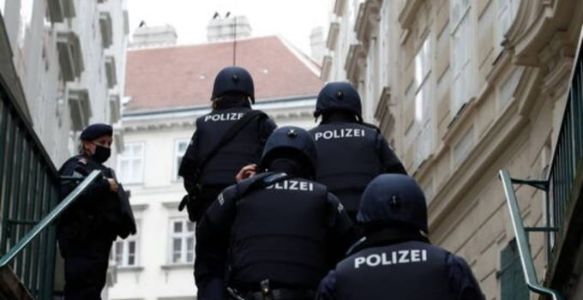 The Austrian TV channel ORF revealed, today, Tuesday, the details of the weapons that were in the possession of the terrorist attacker in the center of the capital Vienna, Monday evening.

The channel quoted Austrian Interior Minister Karl Nihamer as saying that the perpetrator "was carrying a fake explosive belt, and was armed with a long-barreled firearm, a hand-held firearm, and my cattle scythe, to carry out this heinous crime."

The minister also confirmed that the attacker, who held dual citizenship for both Austria and North Macedonia, posted a picture on his personal file on "Instagram" before committing the attack, showing him armed.

The channel reported that the Interior Ministry in the Republic of North Macedonia is cooperating with its Austrian counterpart over the attack.

On Monday evening, the central neighborhoods of Vienna witnessed a series of shooting attacks, one of which was targeted at the synagogue, according to local media.

Austria's advisor, Sebastian Kurtz, described the incident as a terrorist act. The attack left four people dead, in addition to the perpetrator who was killed by the police. The security services are continuing to search for at least one person suspected of involvement in the operation.

The Austrian newspaper Kronen Zeitung reported that a suspect in the attack was arrested in Linz.

We have 140 guests and no members online