Israel, between the celebration of Sabbath Day, the rise in Corona casualties, the closure of Jerusalem and the storming of settlers. 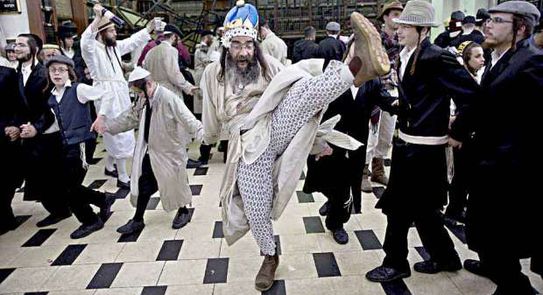 As part of the Israeli celebrations of Al - Sayyid Al - Burim, Israel closed the city of Jerusalem and prevented its citizens from entering it on the last day of the so - called "Eid Al - Sayyid" celebrations.

Israeli police have set up checkpoints throughout the city of Jerusalem as of Saturday evening to prevent Israelis from reaching them on the last day of the Purim celebrations.

It should be noted that the closure also included the suspension of public transport to and from the city from Saturday evening until the end of Sunday.

It is noted that Israel has banned celebrations and gatherings due to the spread of the Corona virus, including the celebration of Purim or Saucer's Day.

But thousands of Israelis took part in street celebrations yesterday Saturday in Tel Aviv on the occasion of this holiday, without regard for precautionary measures, from muzzles and physical distance.

It is noted that the authorities issued several warnings against the celebration of Sahib's Day before it was resolved, expressing particular concern about the expected gatherings among the extremist communities of Jewish religious people.

Despite the massive vaccination campaign, which has reached several million, the prevalence factor for the virus is rising again just two weeks after the launch of the third shutdown, according to Israeli flags.

It is noted that Israeli "structure groups" had called for a central invasion of the Al - Aqsa Mosque, on Sunday, under the pretext of celebrating the Jewish Porim Sailor's Day, calling on their supporters to do so, noting that the break - in would be tomorrow, and in a ceremonial manner, and that special desserts would be made available soon after the Burim at the door of themoorsh .

We have 540 guests and no members online