Damascus in a letter to the Security Council: Israel's new aggression is based on systematic allegations and lies 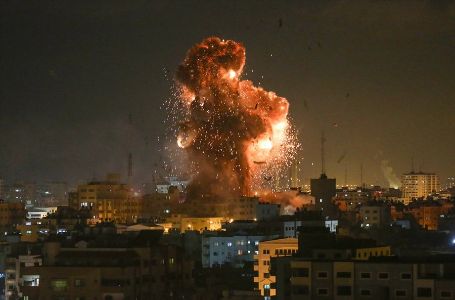 Damascus has declared that it continues to call upon the Security Council to shoulder its responsibilities after the Israeli missile aggression that targeted areas around Damascus yesterday.

In a letter to both the Secretary-General of the United Nations and the President of the United Nations Security Council, Syrian Foreign Affairs stated that "Israel has committed the new aggression, which it has carried out with successive waves of rockets, based on systematic allegations and lies that have been used by all of Syria's sovereignty abusers, including the American and Israeli occupiers."

It added that those excuses "are nothing more than overt attempts to engage in misinformation, to overturn the facts and to conceal Israel's responsibility for its dangerous aggressive approach, its practice of State terrorism and its continued support for armed terrorist groups."

In the letter, Syrian Foreign Affairs said that Syria had called upon the Security Council "repeatedly to condemn repeated Israeli attacks on its sovereignty and territorial integrity and to take firm and immediate action to suppress such attacks and hold Israel accountable for them."

While believing in the role of international legitimacy, "it continues to call upon the Security Council once again to shoulder its responsibilities under the Charter of the United Nations, the most important of which is the maintenance of international peace and security, and to commit Israel to respect its resolutions on the 1974 Separation of Forces Convention and to hold accountable all parties that support terrorism and attack Syrian sovereignty for their terrorism and crimes against the Syrian people."

In its letter, the Foreign Minister stated that Syria "will not hesitate to exercise its right to defend its territory, people and sovereignty in all ways guaranteed by the Charter of the United Nations and the provisions of international law."

A Syrian military source announced yesterday that Israel had carried out aerial aggression in the direction of the occupied Syrian Golan, targeting some targets in the vicinity of Damascus. The source confirmed that the Syrian air defence media tackled the missiles and dropped most of them.