Netanyahu is receiving the head of Egyptian intelligence in conjunction with the first visit of an Israeli foreign minister to Egypt in 13 years. 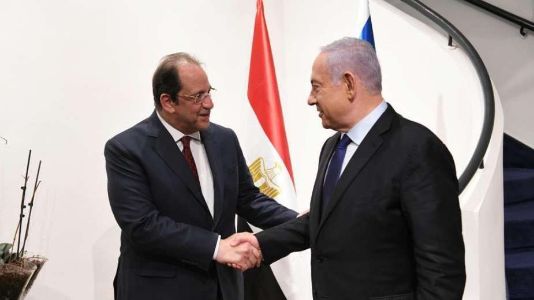 Mr. Abbas Kamel, head of the Egyptian General Intelligence Service, led a high-level delegation on a visit to Israel, which was received by Israeli Prime Minister Benjamin Netanyahu.

According to the statement of the Israeli Prime Minister's Office, Netanyahu has discussed with the full strengthening of Israeli-Egyptian cooperation and regional issues.

Both sides welcomed bilateral relations, the understandings reached and the joint efforts of countries on various security and political issues.

During the meeting, Netanyahu put forward "the Israeli demand for the earliest return of soldiers and civilians detained in the Gaza Strip."

Israeli Intelligence Minister Eli Cohen and National Security Authority Chief Meir bin Shabbat also attended the meeting, with the latter having a long meeting with the head of Egyptian Intelligence on the same issues earlier today.

In conjunction with this meeting, Israeli Foreign Minister Gabi Ashkenazi arrived in the Egyptian capital, Cairo, on the first visit of an Israeli foreign minister to Egypt in 13 years.

"During this visit we will be conducting a number of meetings to discuss bilateral issues to strengthen economic and trade relations and engage in mechanisms of calm towards Gaza and reconstruction of the Strip under international supervision," Ashkenazi said.

He continued: "During the talks, I will focus on Israel's commitment, above all considerations, to return our soldiers and citizens under Hamas."