Israeli fighters launch a series of raids into the Gaza Strip 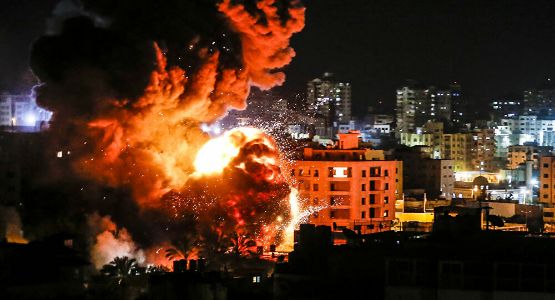 This Friday morning, Israeli fighters launched a series of raids on Palestinian factional positions in the southern Gaza Strip.

This morning, the Israeli army spokesman, Avikhai Adraj, confirmed that Israeli warplanes had carried out raids on the Gaza Strip, targeting a site for the production of fighting methods for Hamas.

The speaker tweeted: "Those targeted factors were used by Hamas to research and develop weapons, and the raid was in response to the firing of burning balloons from the sector into Israeli territory."

The speaker added: "The Defence Forces will respond strongly to terrorist attempts from Gaza."

We have 95 guests and no members online