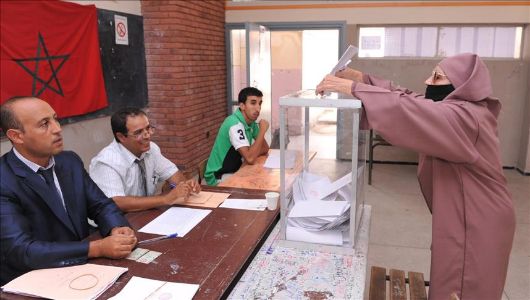 After voters cast their ballots, in the country's third election since the adoption of the 2011 constitution, polling stations in Morocco closed at 6 p.m. GMT.

According to data from the Moroccan Ministry of the Interior, the turnout in these parliamentary and local elections was 36 percent as of Wednesday evening.

According to preliminary results, voter turnout rose in the evening, while the southern provinces experienced "record turnout."

Voting centres in Morocco had opened Wednesday morning, in general elections to select the 395 members of the Chamber of Deputies and the provincial councils.

Some 30 parties are betting on persuading some 18 million cans on electoral lists to participate in the vote, exceeding the 43 per cent recorded five years ago.

After the elections, King Mohammed VI of Morocco is appointed Prime Minister of the party that receives the largest bloc in Parliament to form a new government for five years.

We have 205 guests and no members online