Saudi Arabia, the United Arab Emirates and Britain: Issue a joint statement on the economic situation in Yemen 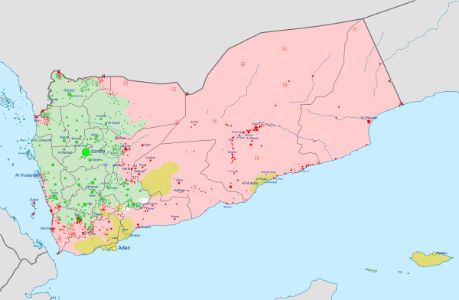 Today, Saudi Arabia, the United Arab Emirates and the United Kingdom issued a joint statement on the economic situation in Yemen.

In the joint statement, the three countries expressed concern about the depreciation of the Yemeni rial and the rise in food prices. They commended the Kingdom's significant contribution, including the oil derivatives grant, to Yemen. The statement called on the Government of Yemen to take the necessary steps to begin achieving economic stability and stressed the need for the Government of Yemen to return to Aden.

The statement stressed the need to uphold legitimacy in Yemen against Iran-backed Houthi militias.

We have 273 guests and no members online