US Health Secretary: Trump speech before storming Capitol is 'unacceptable' 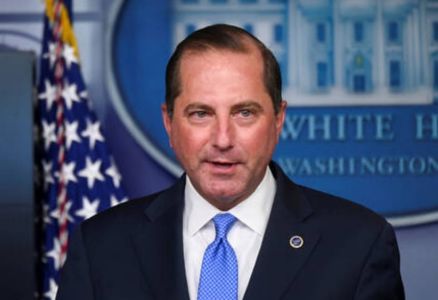 US Secretary of Health and Human Services Alex Azar described President Donald Trump's speech that preceded the storming of the Capitol by his supporters as "unacceptable."

Azar refused to say directly whether he believed that Trump was still able to carry out his duties, and he also refused to go into details of possible talks aimed at removing Trump from office.

He said, "I will not go into or discuss the 25th Amendment. I am committed to seeing this through my role as Minister of Health during the Corona pandemic, to ensure vaccines and treatments reach the American people and to ensure a smooth handover to President-elect Joe Biden's team."

We have 331 guests and no members online