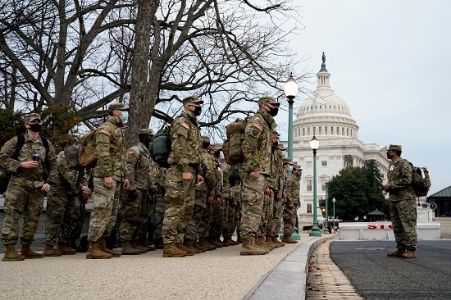 Press reports from Washington, DC, that it has turned into a "war zone", days before the inauguration of President-elect Joe Biden, scheduled for January 20.

The newspaper reports say that the American capital, Washington, has turned into a military zone, with thousands of soldiers flocking to fortify it in an unprecedented way.

The official page of the National Guard, on "Twitter", published pictures showing the arrival of a group of soldiers to the capital and activated on board a military cargo plane, to secure the inauguration of the president-elect, amid fears of an outbreak of violence.

More than 25,000 National Guard troops have arrived in Washington, DC, to prepare for the inauguration ceremony, the page said.

Earlier, the US Secret Service announced the creation of a military region around Washington, DC, before the inauguration of President-elect Joe Biden.