American attacks against Haitian immigrants. And the authorities are investigating 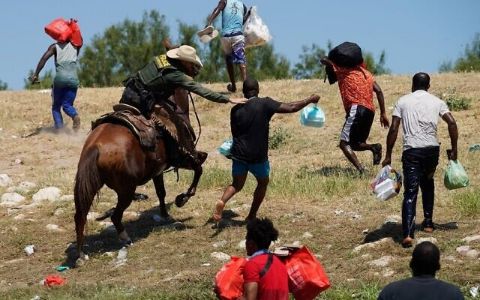 Mayorcas justified the order that border guard officers on horses tried to manage the flow of hundreds of migrants across the Rio Grande River from Mexico near Del Rio, Texas.

The municipality of Del Rio declared a state of emergency and the bridge was closed to traffic Friday.

A source said that many Haitians were crossing the river back and forth to get food for their families and were banned by border guards on horses.

He added: "Some immigrants started running to try to get around the officers, but one of the riders was able to catch many and roll around with his horses and beat him."

We have 84 guests and no members online