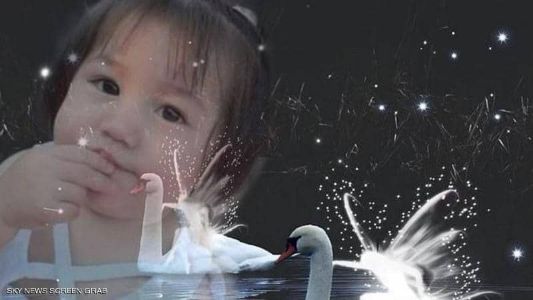 Recently, an Argentine child died at the hands of the closest people, when her mother, together with her husband, planted two needles in her heart and lung, within the framework of a witchcraft called satanism.

According to the British Daily Mail, the Argentine police arrested the mother and the man, who is not the child's father, for causing the death of the young girl, after unbearable health suffering.

The forensic report revealed that the child Maya Vallejos, who was 3 years old, had had two needles implanted in two highly sensitive organs of the body; They're lung and heart.

The baby died from myocardial arrest, because the needles were targeted in the body.

The two needles that claimed the child's life were usually used for soccer sewing, one up to 10 centimeters tall.

And this scary needle was implanted into the baby's heart, by the mother and her husband.

The other needle was implanted some time ago and probably caused sepsis, which exacerbated the girl's health and led her to death.

The authorities in Chaco province, in the north of the country, have said that they are studying all hypotheses in the investigation, including the practice of satanic rituals and sorcery.

The mother, 20, and her husband, 19, tried to escape after feeling near arrest, but fell into the grip of security before fleeing.

The mother is reportedly pregnant in the fourth month, during the present time, and has requested, through her lawyer, that she be arrested inside her home, pending the birth of what she said was violent, during pre-trial detention.

The Chaco Public Prosecutor's Office described the horrific impact on the little girl, saying that she had suffered greatly before death, adding that what had been committed against her was extremely hostile.

We have 206 guests and no members online