Brazil. Weather Watch has been issuing an emergency drought warning for 9 decades. 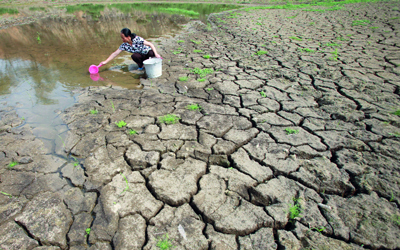 After the prolonged drought in central and southern Brazil along the Paraná River basin. Brazil's government agencies warned of a drought this week as the country faces the worst drought in 91 years.

On the other hand, the Ministry of Agriculture - associated Weather Watch Agency issued its first "Emergency Drought Warning" from June to September.

The Agency said that the rains were likely to remain rare in 5 Brazilian states during that period.

This warning has led to increased fears of rational energy consumption and an impact on hydroelectric power generation and agriculture, while increasing the risk of fires in the Amazon forests.

It should be noted that the lack of rainfall in most parts of Brazil has negative effects on grain cultivation, livestock and electricity generation, as Brazil is heavily dependent on water dams for electricity.

Scientists reportedly said that dry weather could lead to severe fires in the Amazon rainforest.

We have 298 guests and no members online